Opinion from MIDFIX: Why Is The Construction Industry Behind On Technological Changes?

The impact of this is fairly significant; not only is technology important for advancements within construction itself, but it’s also essential in attracting a digitally-savvy generation to jobs in the sector. So why is the industry still playing catch-up in a digital era?

In this article, leading building materials suppliers MIDFIX explore why they think this is the case - and what we might be able do about it.

The construction industry’s traditional, ageing workforce is working against it in this respect. While years of expertise is obviously a huge benefit in many respects, it can also pose as a barrier to change, especially when it comes to digitisation.

A younger demographic of employees tends to be more open to digital innovation and uptake of new systems, so it’s important for companies to bear in mind when recruiting for new and existing roles.

Back in 2011, the government proposed that construction companies needed to be Level 2 BIM compliant. In 2016 this became a mandate, and it’s quite possible that this has had an effect on overall digital uptake.

This may sound counterintuitive, as you may wonder how an inherently digital initiative could be acting as a barrier to embracing technology. Well, simply focusing on just one area of digitisation will inevitably cause others to suffer. With companies spending so much time and investment in implementing BIM , there’s little leftover for support of other technological advances.

For years we’ve been constrained by the materials given to us by nature, and while that’s resulted in amazing structures as seen in the likes of ancient Greece and Rome, it has meant we’ve become somewhat stagnated in recent years.

The solution to this looks to be just around the corner in the form of upcycled materials. This is the idea that waste products can be turned into a new kind of building block. For instance, carbon can be captured and turned into a type of cement, which 3D printers are then able to shape into entirely new structures. This has the potential to totally expand our horizons in terms of creative capabilities.

Design is rooted in the past

This is an industry that primarily makes money from individual, bespoke projects. Work is very rarely an iteration or ‘rehash’ of a previous design, so things tend to just be based on past experience. And when there’s a tried-and-tested way of doing things, there’s not much incentive to invest in new technology, especially when there’s an element of risk involved.

Similarly, we often see a reluctance to give in to computer automation due to the fact that many projects involve operating heavy machinery. This sparks concerns over health and safety, and poses questions as to whether technology is really safer than having a human being in control.

However, contractors are looking into how AI could actually make construction sites safer. One particular contractor based in Boston is developing an algorithm that can help identify safety hazards on a job site, in the hope that it will predict and prevent the likelihood of accidents and injuries. Also drones have been used to scan, survey and inspect often difficult to access remote structures. 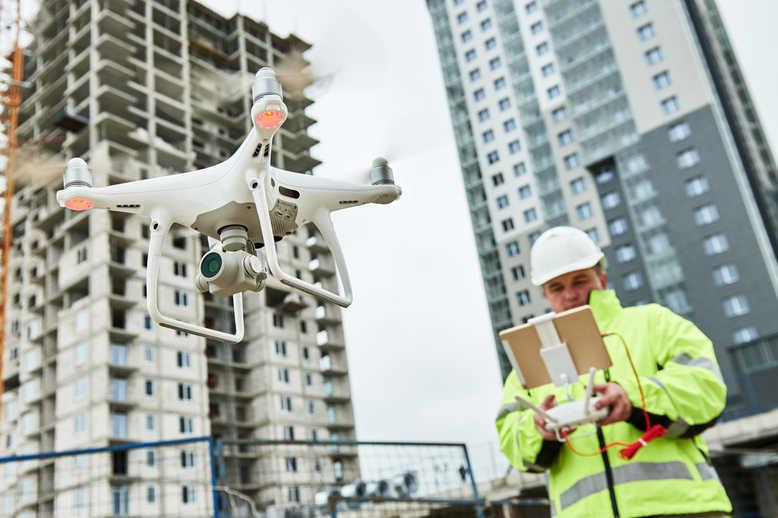